Day by day we are presenting tenders one after the other which in the best case can be considered suspicious and in the worst case abuse and open theft of Albanian money. The health sector is also one of the biggest where great amounts of money goes into the pocket of these abusers. One of the suspicious tenders is the one that we will present to you today, which is related to the Health Center of Specialties No.1. It turns out that this institution under Ogerta Manastirliu has organized a tender that bears the reference number REF-16624-12-28-2021 and has as object "Purchase of medical equipment". 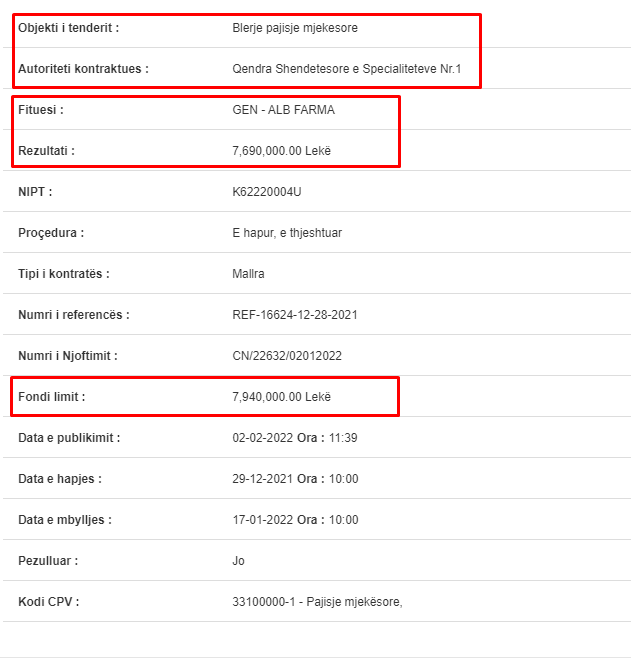 The limit fund of this tender is 7,940,000 new lek without VAT or about 95 million old lek including VAT. Through this procurement procedure it is learned that some medical equipment will be purchased. But unfortunately this tender turns out to be questionable for at least two main reasons. First is a tender with no competition, as only one operator participated in the competition. In short, this competitor competed with himself and in the end was declared the winner. But who is the contestant? It is the company GEN – ALB FARMA owned by the citizens Albano Bego and Marenglen Koçia. 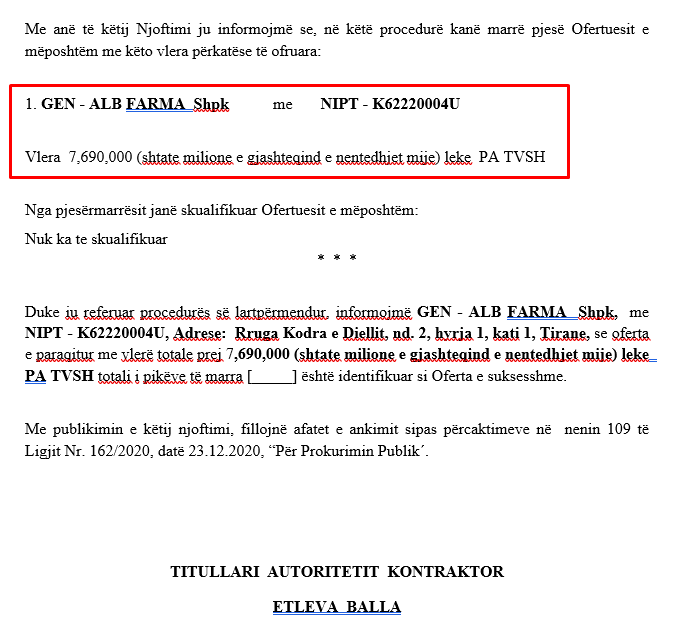 The company in question participated in this tender with a bid of 7,690,000 new lek or about 92 million old lek with VAT. This company turns out to have often received tenders mainly in the field of health. But in addition to the lack of competition, a second aspect emerges that raises doubts. It has to do with the fact that the value offered by this company that competed alone, is almost the same as the value of the tender limit fund. More specifically this value is as much as 97% of the limit fund. This fact reinforces the idea that we are dealing with a dubious tender and a predetermined winner. Will SPAK conduct any investigation? 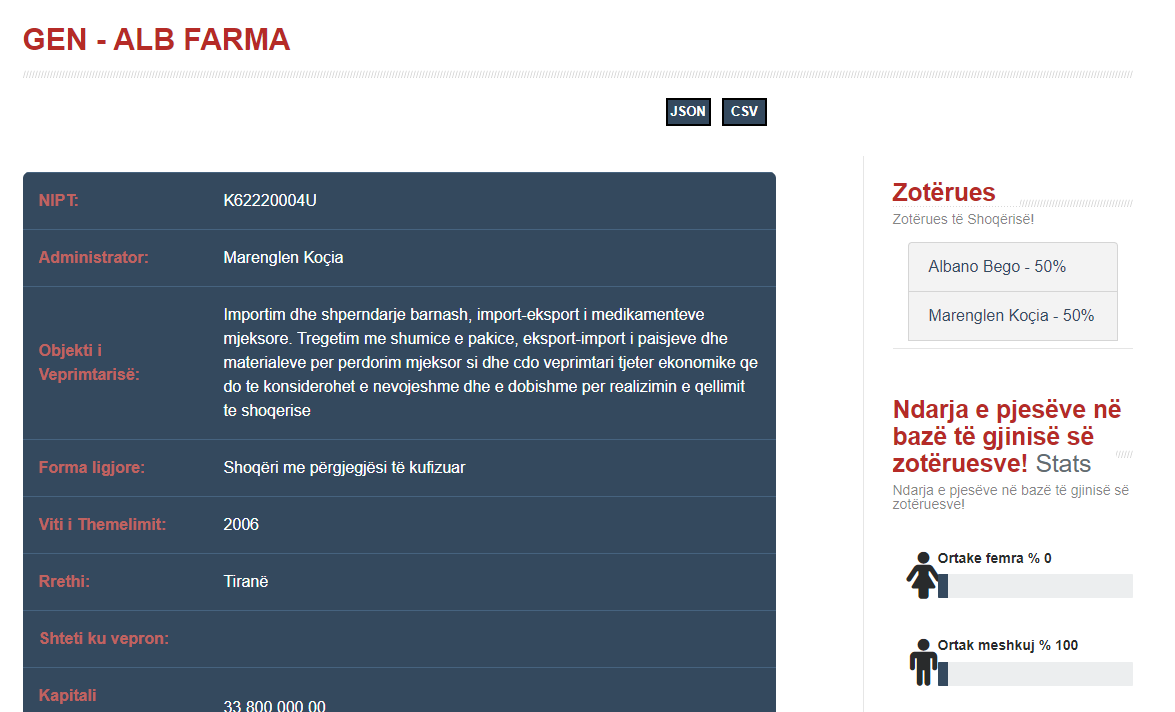