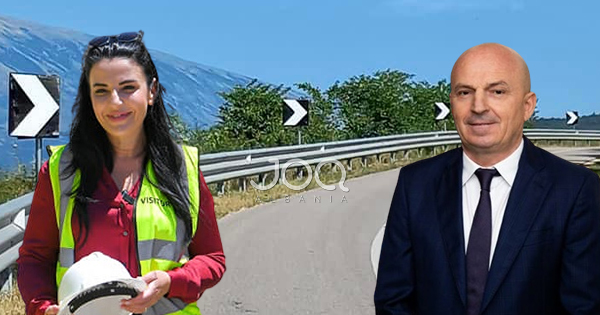 Belinda Balluku seems to have made a real gift to one of Rama's most favorite oligarchs. It is about Salillari, whose bald head the current prime minister kissed with all his heart in front of the cameras. Salillari has received 14 million euros in a tender without competition. 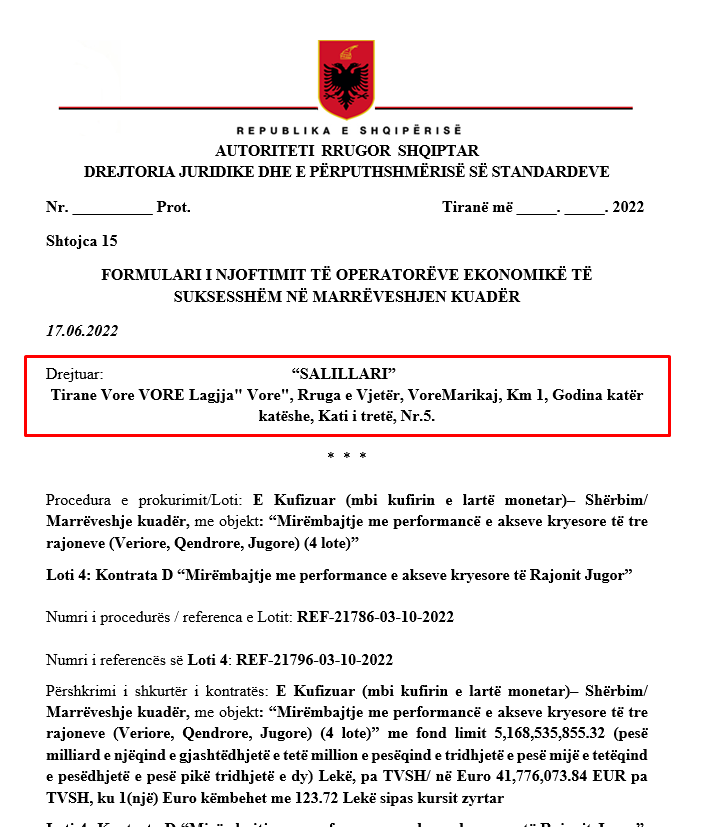 This is one of the most typical cases for which SPAK should unequivocally investigate, as with a drop of a pencil Salillari has tirelessly received a terrifying figure at a time when the crisis has gripped the country. More specifically, it is about the procurement procedure with reference number REF-21796-03-10-2022. 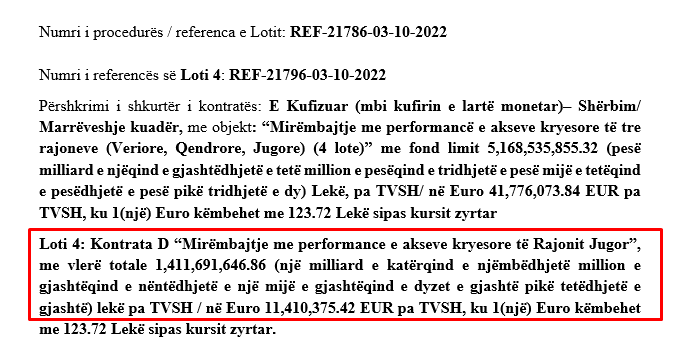 The object of this tender is: "Lot 4: Contract D – Maintenance with performance of the main axes of the Southern Region", with a total value of 1,411,691,646 new ALL without VAT or almost 14 million euros if we include VAT. 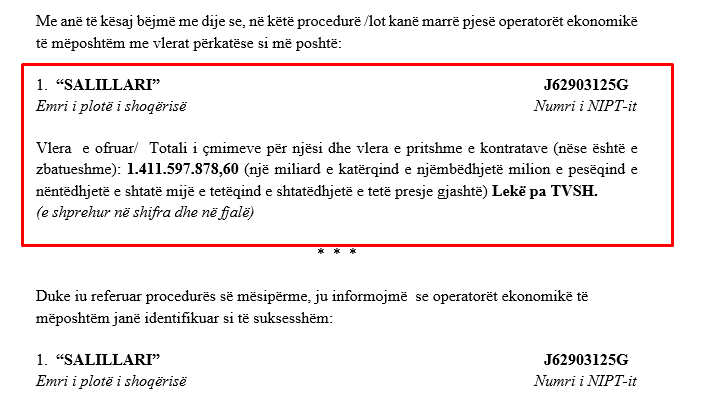 It is clear that such a large figure is highly doubtful to be given without competition. But it seems that Belinda Balluku did not think so, who made Salillari the winner through her subordinate Evis Berberi, head of the Albanian Road Authority. 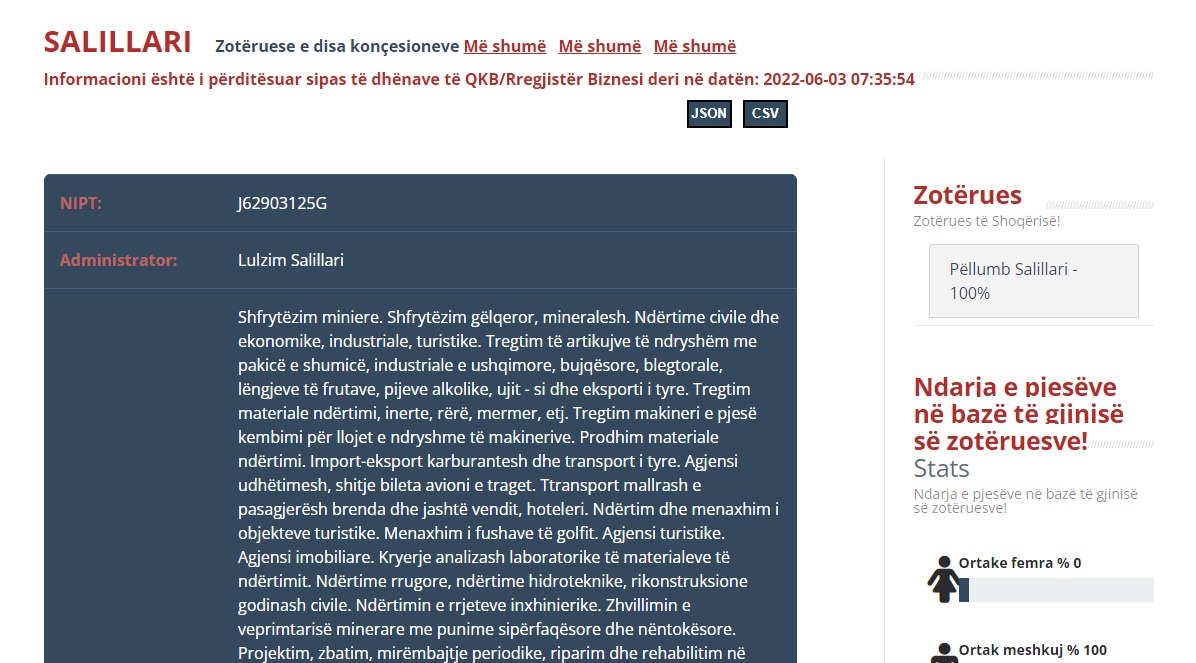 In fact, Salillari participated in the so-called competition and offered the value of 1,411,597,878 new lek without VAT or almost 14 million euros including VAT. Meanwhile, in addition to the lack of competition, an even more dubious fact stands out which reinforces the idea that we are dealing with a predetermined winner. It is about the winning value which turns out to be almost 100% of the limit fund.