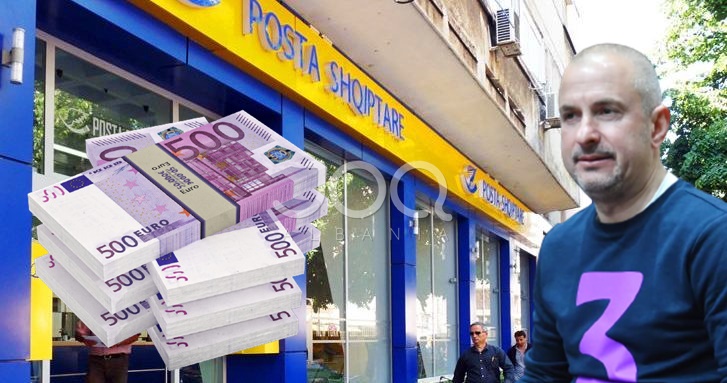 The Albanian Post already under the leadership of Ervin Bushati seems to be leaving nothing missing from the era of his predecessor, Laert Duraj. As you may recall, Duraj has "distributed" the money to the "clients" of the party. But apparently even after leaving, his successor Ervin Bushati, is just as "good". So in the tender that we will present to you in the following, you will see that it has really become "famous" with the way in which almost 1 billion old lekë were given in a very dubious tender. 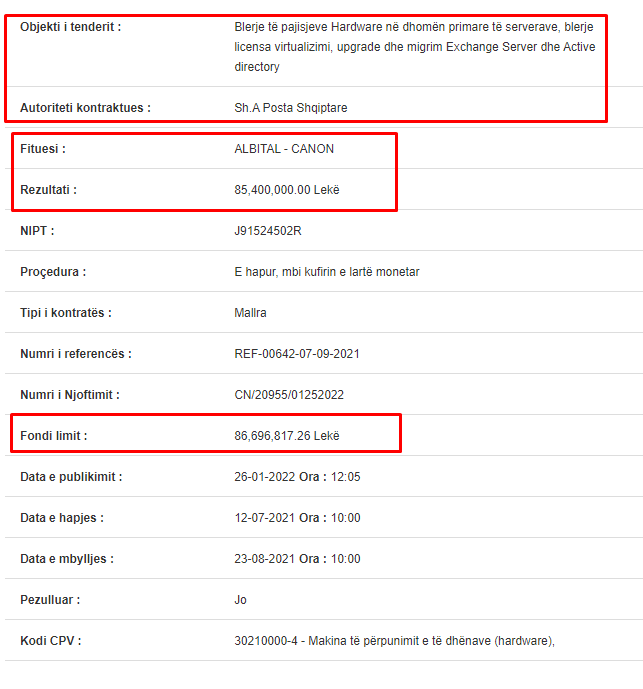 More specifically, it is about the procurement procedure with reference number REF-00642-07-09-2021 and with the object "Purchase of Hardware equipment in the primary server room, purchase of virtualization licenses, upgrades and migration Exchange Server and Active directory". The limit fund of this tender is in the amount of 86,696,817 new lek without VAT or almost over 1 billion old lek with VAT.

Now let me show you the wonders. Only three competitors participated in this tender, one of which did not offer any economic value. More specifically, the operator "Synthesis Co" has participated but has not submitted either an economic offer or documentation. It is easy to understand that it was entered only in numbers, not to mention that there was supposedly no competition. Meanwhile, from the remaining two operators, the winner is the one who has given the highest bid. 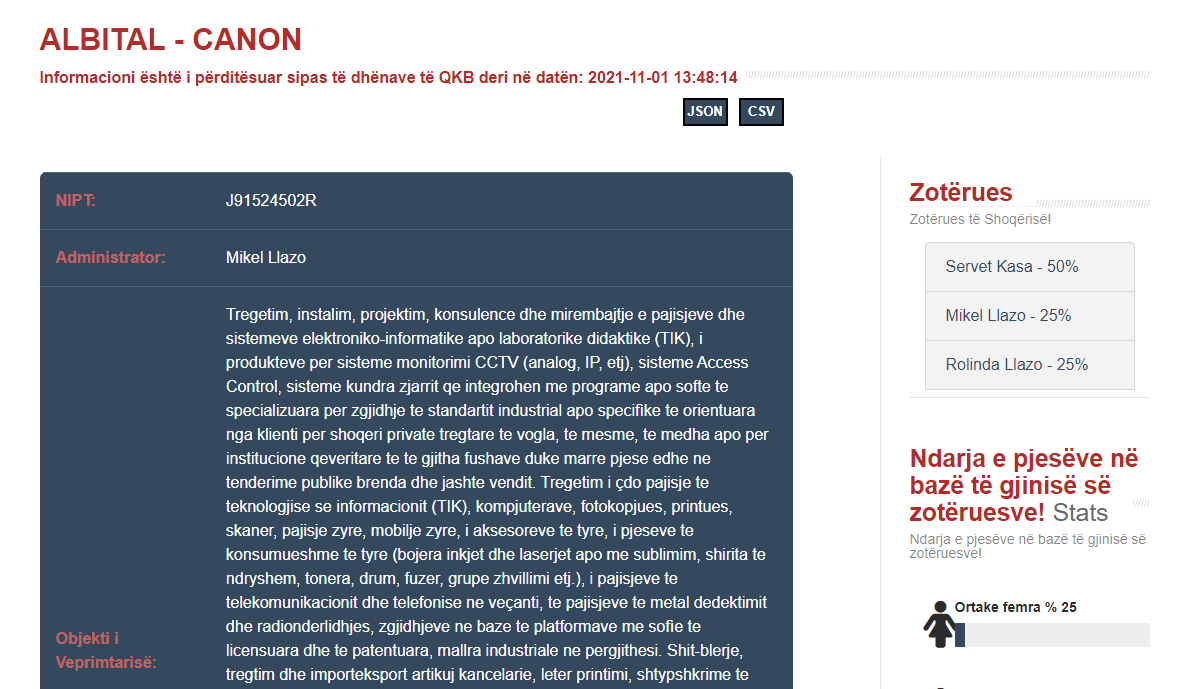 Thus, Ervin Bushati has declared the winner the union of economic operators "Albital-Canon" Sh.p.k & "S & T ALBANIA" with a value offered of 85,400,000 new lek without VAT. The difference between the winner and the other operator is not small at all. On the contrary, it turns out to be around 230 million old ALL with VAT. So in the best case, these 230 million lekë are pure economic damage. Meanwhile, if we look at the closeness between the winning value and the limit fund, we notice that the winning value is 98.5% of it. All of the above raises strong doubts that the winner was predetermined and that this tender was merely a farce. 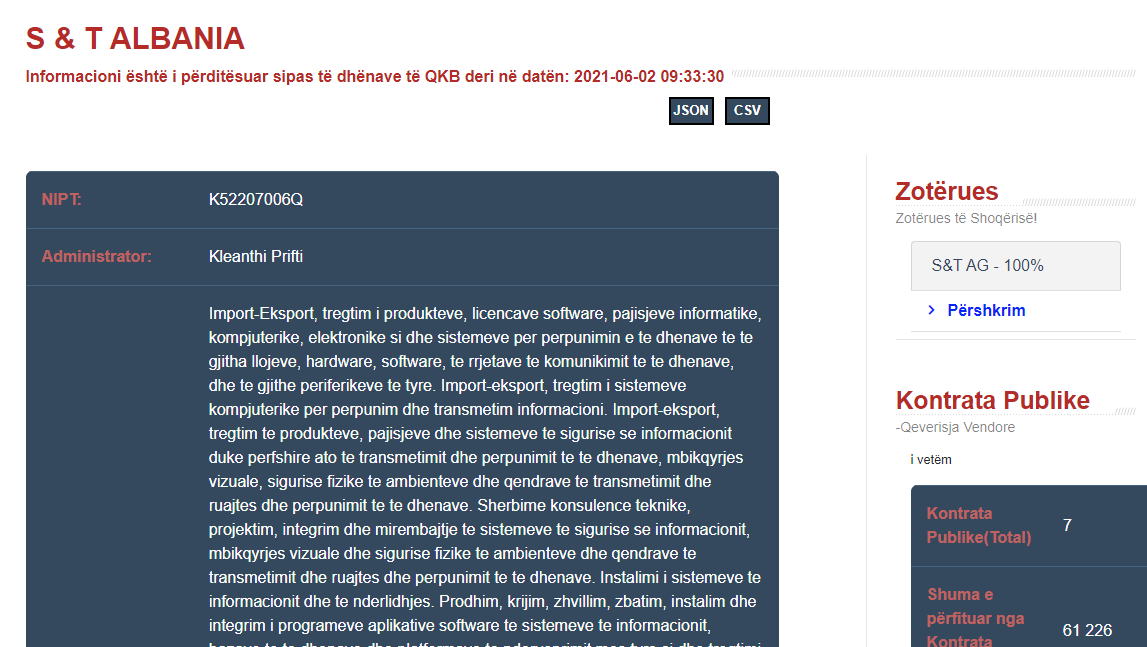