Agim Ismaili of ” the prisons” gives 180 million without competition to Qefalija and to the person convicted of corruption
Shkruar nga: M Gjini | Publikuar më: 19/10/2021 16:42

When you watch such tenders, you are not sure who sleeps more, Lulzim Basha or SPAK. We say this because tenders such as the one we are presenting to you are highly questionable in many aspects. First it turns out that one of the winning firms was founded by a person who is convicted by the judiciary for corruption. It is about Shemsi Sinani who has been convicted from the Court of Serious Crimes on corruption charges against the former Deputy General Director of Prisons, Iljaz Labi. 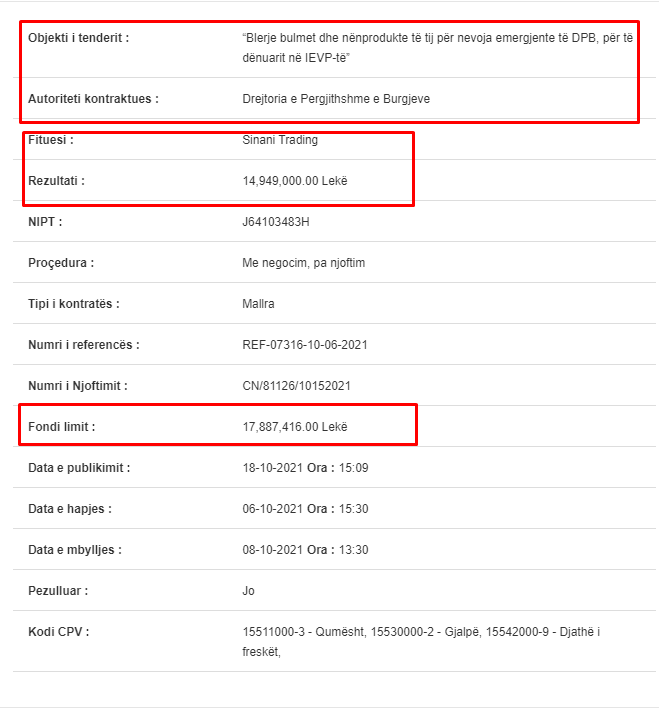 In order to clear the name "with documents", Shemsi Sinani transferred the shares of the company to his son, Ledion Sinani and also changed the name of the company from "M. B. KURTI" to "Sinani Trading". In this way, it has continued to benefit from tenders, mainly from the General Directorate of Prisons, headed by the director Agim Ismaili. The latter seems to have no problem at all declaring as winners such dubious companies. 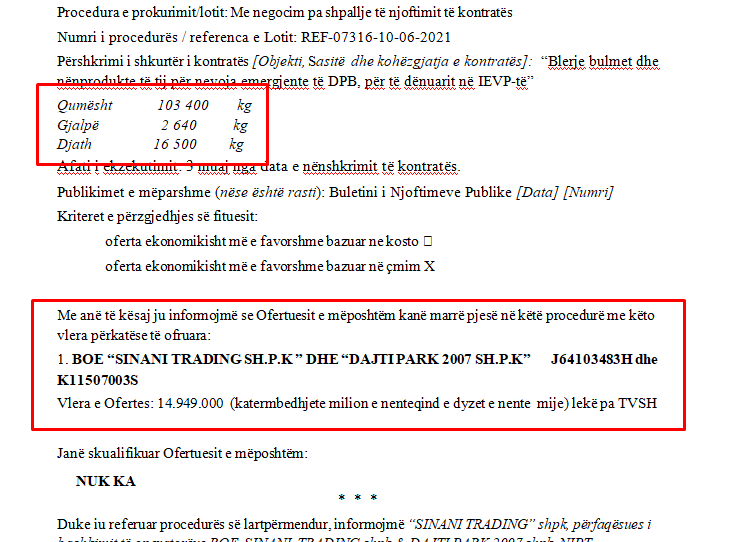 In this case it is about the tender with reference number REF-07316-10-06-2021 and with the object "Purchase of dairy and its by-products for emergency needs of the GDP, for convicts in IECDs". The scheme used in this tender again raises doubts, as it is seen that the procedure "By negotiation, without notice" was used, so most likely the winner was predetermined ahead in time. Not only that, but if you look at the object of the tender, it is noticed that the term "for emergency needs" has been used. This term has most likely been used to justify the "Negotiated, without notice" procedure. 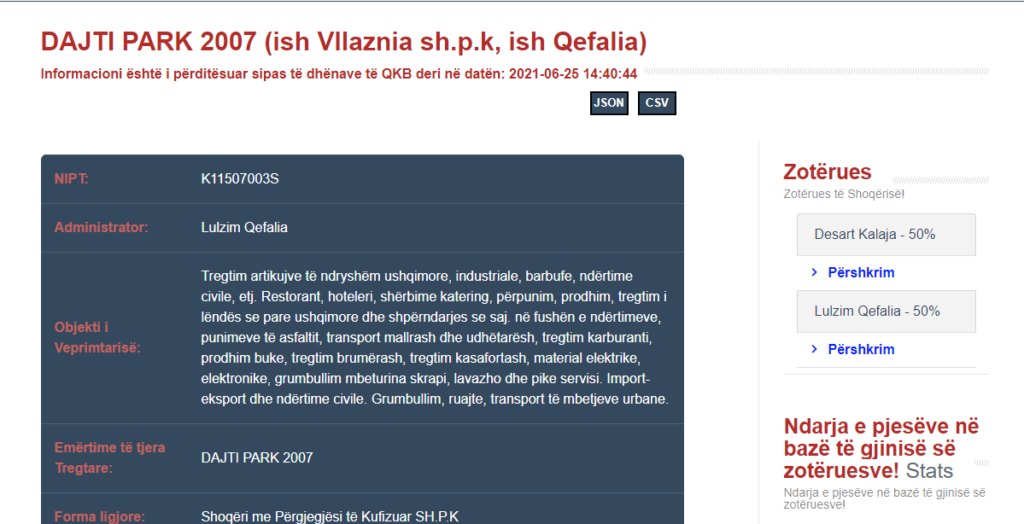 Of course it is not at all clear why there should be an urgent need for essential items such as milk, butter or cheese whose consumption can be easily predicted without creating emergency shortages. Of course the only participating firm was “SINANI TRADING SH.P.K. in cooperation with "DAJTI PARK 2007 SH.P.K" of the Qefalia brothers. These companies have offered the value of 14,949,000 new lek or almost 180 million old lek with VAT. This figure if we make the calculations turns out to be as much as 83.57% of the tender limit fund. Beautiful, right? 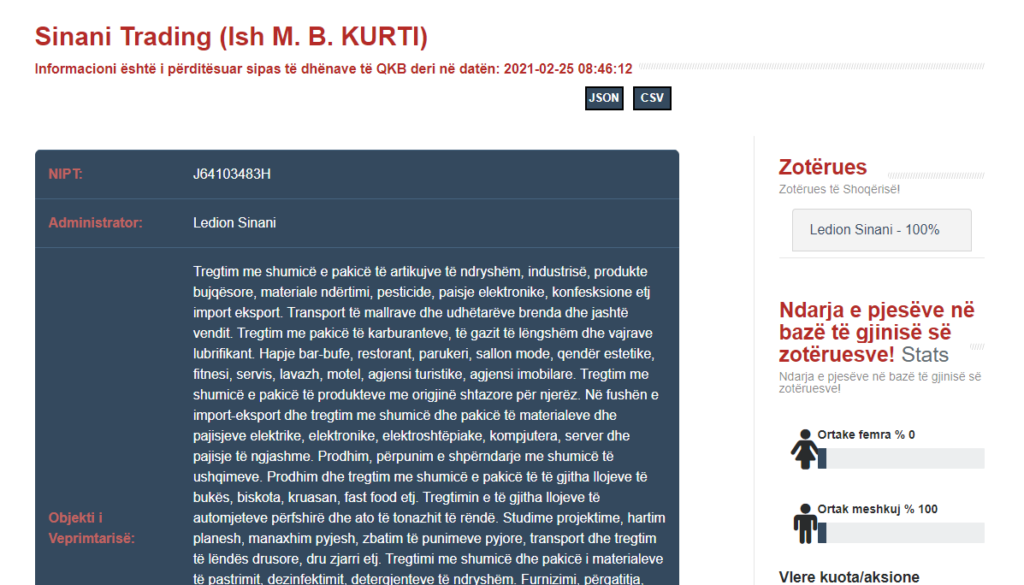 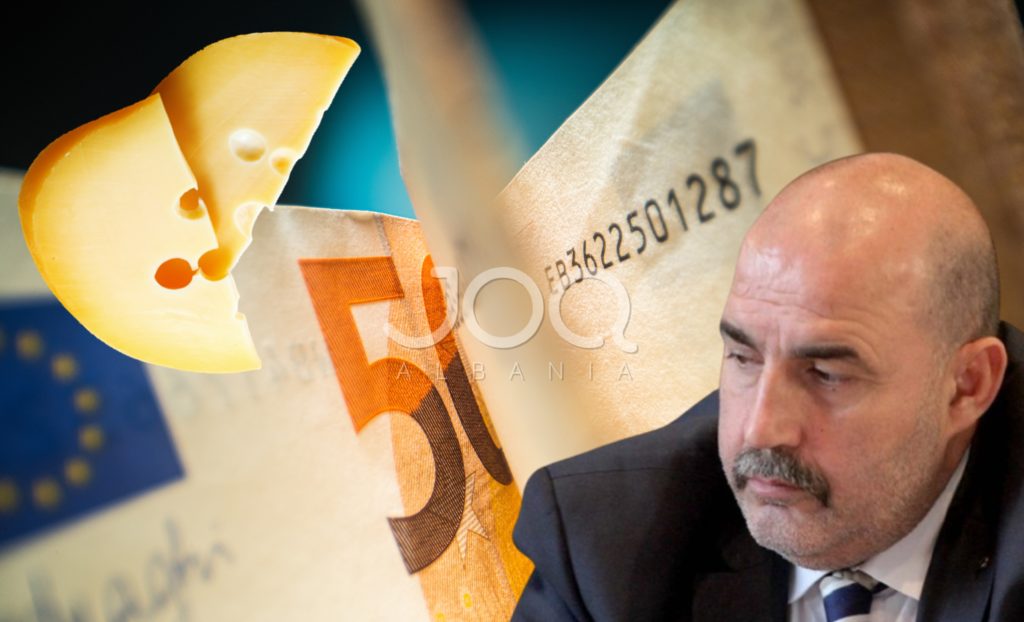